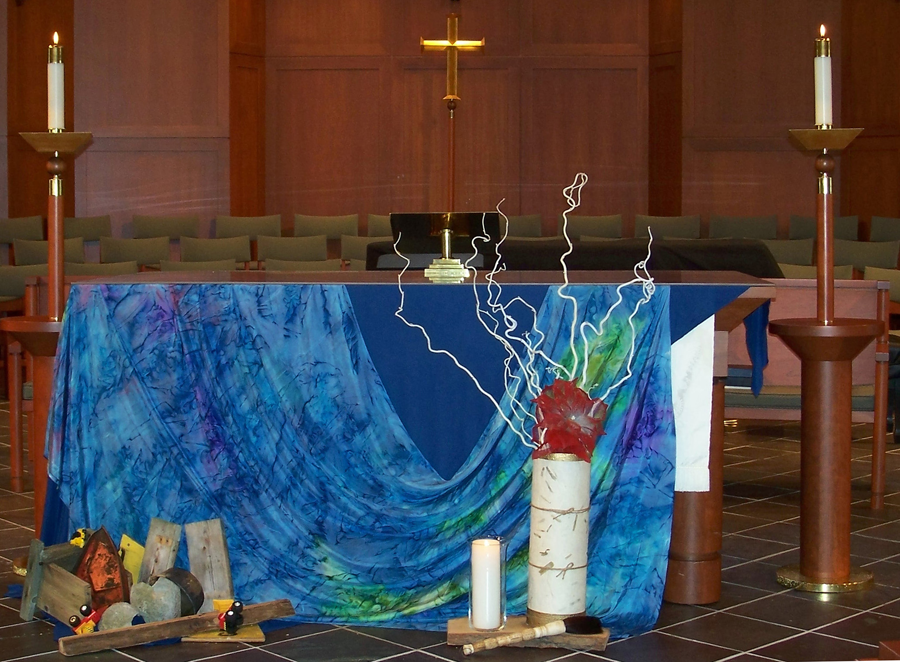 On March 11, 2011, Japan was struck by the Sendai earthquakes and tsunami. At the time, over 15,000 people were reported dead and almost 5,000 were still missing. The altar arrangement helps us recall those events and the suffering of the Japanese people. The aesthetic style of Japan honors simplicity and symbolism. White is their color of mourning. The beautiful blue silk recalls the giant tsunami waves which were anything but beautiful. A bit of debris on the floor to the left of the altar recalls the unbelievable destruction. The single red blossom among twisted branches evokes the image of blood, but also the rising sun of hope. Origami cranes are a traditional symbol of peace. Here they represent the souls of those who died, one crane for each 100 persons. The mobile proved to be very popular and was used in a number of settings before it was ritually burned as part of a service at Lake Junaluska’s Memorial Chapel in 2015. As in Japanese custom, it was floated out on the lake and burned, the smoke rising as prayers to the sky.

The side banners of wheat and grapes were inspired by stained glass windows created by Japanese Christian artist Asurya Ueno for St. Ignatius Catholic Church, Tokyo. 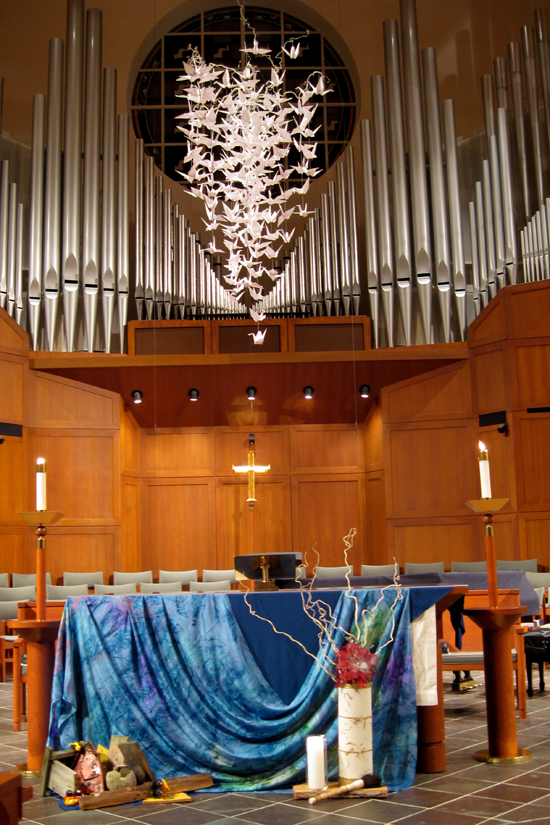