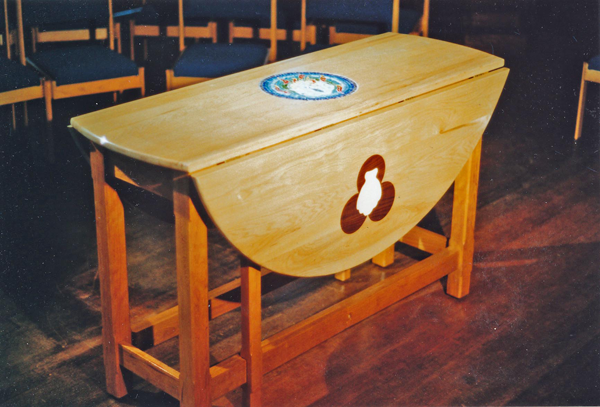 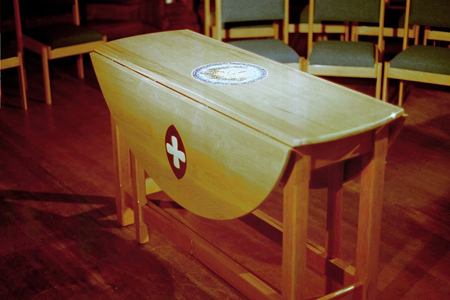 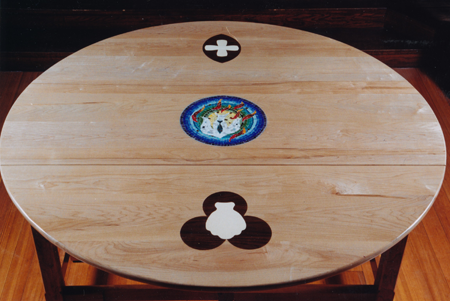 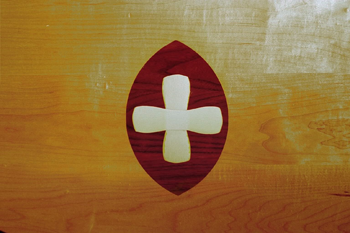 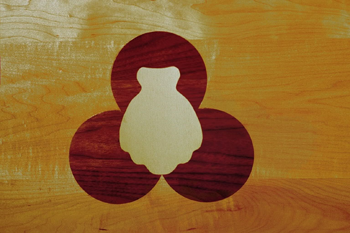 The round communion table that I made for the Andover Newton Chapel in 2000 is my first developed major piece. It emerged in the confluence of my theological commitment to the circle dynamics of reconciliation and to my deep need to work with wood.

A round table dramatizes the way in which Jesus calls us to a table of equality and participation. The roundtable symbolizes in our time the way in which people seek to reconcile their differences through mutual counsel. It also symbolizes a place of nurture where we can all share in the bounty of God’s earth.

In making a double gateleg round table I wanted to provide for a flexible use for the table. The double gateleg design enables it to be used in a variety of worship configurations. The top is made of maple, the base of black cherry, both from the southern Appalachians.

On the front drop leaf is a mandorla made of walnut with an inlaid cross made from holly. The mandorla symbolizes the way we emerge into new life from our mother. The cross, a symbol of execution, is designed here so that it also hints at the flower of new life it ultimately brings. The holly tree from which it is made has long symbolized everlasting life because of its red winter berries and evergreen leaves.

The mosaic inlay in the center panel, made by Sylvia Johnson Everett, contains a rainbow palette with the Pentecostal dove and flames, symbolizing the new covenant and the gift of the Holy Spirit to inspire the assembly around the table. The inlaid fish represents the new life in Christ which this new covenantal gift makes possible.

On the other drop leaf is the Trinity symbol holding the shell of baptismal waters, through which we enter into this new life in God’s new covenant. Thus the table encompasses the drama of new life through the cross, the rebirth in the waters, and the giving of the new covenantal spirit of creation.

I made a simple standing lectern to complement the table. I wanted to evoke a sense of “Word AT Table” rather than the customary “Word AND Table.” I subsequently made  the table lectern out of diverse woods to represent the diversity of the student body and faculty.

Subsequently, I made a  processional cross for the School’s recently constructed Wilson Chapel. In it I sought to reflect the variety of traditions coming together for worship. The bottom of the standard is made of ash. The upper part is a piece of maple that had grown into the serpentine form of an earlier encircling vine. The top is a disk of maple with a center of purpleheart. The four points of the cross are black walnut. The cross rests in a base of black cherry, cut to reflect the chapel’s roofline.

The standard evokes the imagery of the serpent as symbol of healing and redemption (Numbers 21:8-9; John 3:14). The points of the cross are like spikes as well as rays into the darkness. The disk reminds us of the resurrection power of God’s sunburst of energy. The purple center of the disk recalls the sacrificial character of God’s love. 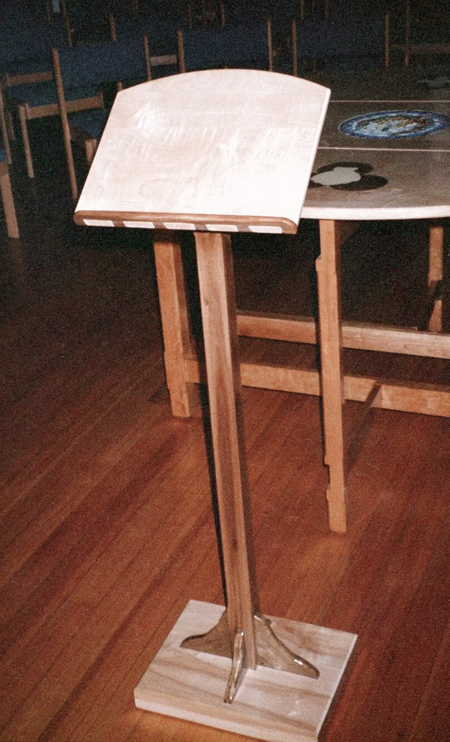 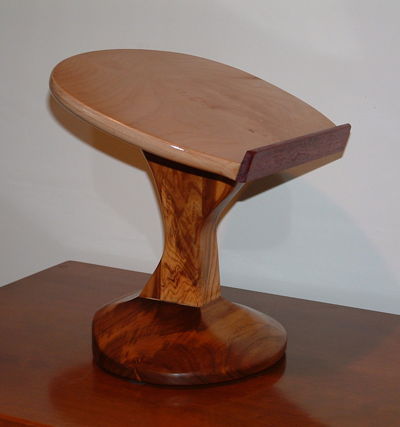 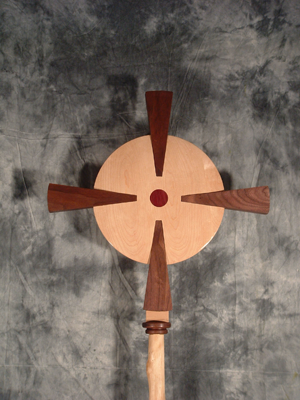