The original three pieces in the Music Series were created in traditional batik using hot wax on cotton for our guestroom at Overbrook in honor of Bill’s mother, who was a singer. My own original training was also in music, which has led me to explore the connections between musical and visual art. These pieces highlight three basic components of music; that is, melody, rhythm, and harmony. They seek to express these three musical elements in a visual form. I later used the same design ideas for two tapestries where these three elements were integrated into a single form. Later, I used the same basic designs for a three-part series in mosaic, where I used the musical term “Trio” for the title The original batiks were done in 1993. The tapestries were done in 1996-97. The mosaic was done in 2010. 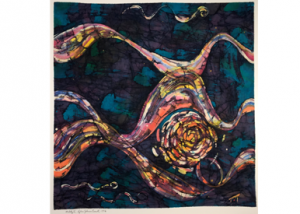 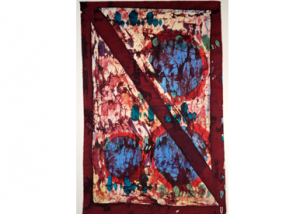 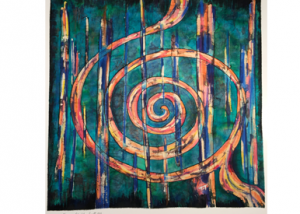 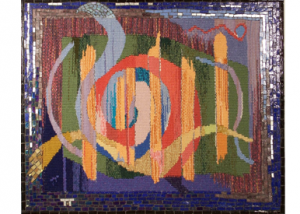 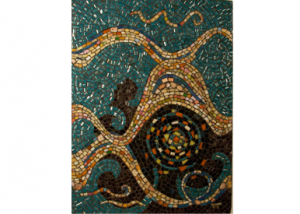 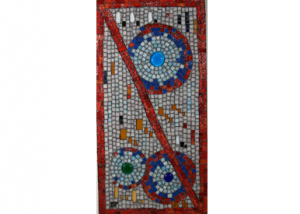 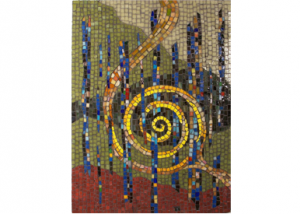 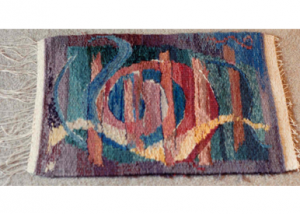